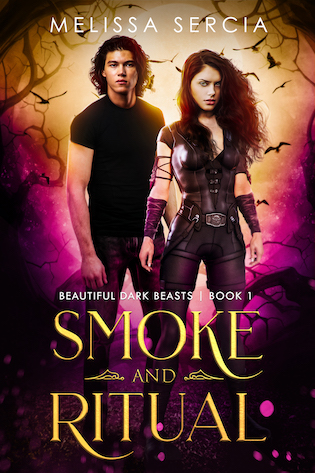 The voices haunt her…

Their whispers taunt her with a war she never wanted…

But Arya Frost has more to contend with than the cryptic voices disturbing her sleep.

Protected inside the haven of Sanctum after losing both her parents in the Blood War a decade ago, Arya is different from other witches. She’s the only witch without a coven.

Or so she thinks.

As her powers accelerate, so do the revelations about her true lineage.

Destined to become the Aether—a witch who can control all four elements—the Elemental covens want her magic, power she didn’t even know she had.

And when the sexy and mysterious god, Chaos shows up, Arya’s place in the world is put even more at risk.

But learning who and what she is, and how to wield her power only tips the surface of the battle raging inside her. She’ll have to find a way to awaken her magic, deal with her growing attraction to Chaos, all while being thrust into the middle of a magical feud that has been building for centuries.

The Blood War might be over, but the war between witches is just beginning.

Flipping through my copy of the Sang Magi spell book, I turned to the potion section again, desperate to understand what I was doing wrong…but all the ingredient names seemed to blur together. Not even the most sacred book of magic could help me. It was useless. I tossed it on the floor and buried my head in my hands.

A sharp pain seared between my temples and I rifled through my desk for a calming elixir. My ears tingled. Just when I thought I could finally relax, the silent comfort of my room was interrupted by a burst of frantic voices, echoing throughout the halls. This time of night was always so quiet, you could hear a pin drop. What the hell was going on out there?

Folding my wings back into my shoulders, I crept to the door and pressed my cheek against it. The brisk shuffling of feet was paired with gasps and whispers. With my ear still on the door, I reached for my hoodie and pulled it on, always careful to keep my back covered. Even with my wings hidden, two distinct black lines were etched into my shoulder blades, thick and somewhat raised like a freshly inked tattoo. The footsteps in the hall intensified, a mixture of heavy boots and pointy heels thudding against the floor with urgency. I threw open the door just as Sapphire came bumbling toward me, breathless.

“Arya! Something’s happening. Everyone’s heading toward the library. C’mon, let’s go.” She tugged at my wrist.

I let her drag me down the hall. “Hold on. Slow down. Why is everyone freaking out?” Faces full of shock and awe whipped past us.

She spun around, full stop, and faced me, almost knocking me back. “Chaos is here.”

“The god?” I couldn’t have heard her right. Maybe I drank too much of that calming elixir.

“No, the rock star. Yes, the god. We need to hurry and get in there.” Her grip tightened around my wrist as we followed the frenzied crowd toward the Library of Covens.

My heart pounded. The gods didn’t leave Elysium unless the fate of humanity depended on it. At least that was what happened the last time. The only time actually. Gray had convinced Chaos to help her fight in the Blood War against Cerberus, the guardian of the Underworld. But we were in an age of peace now. Why was he here? 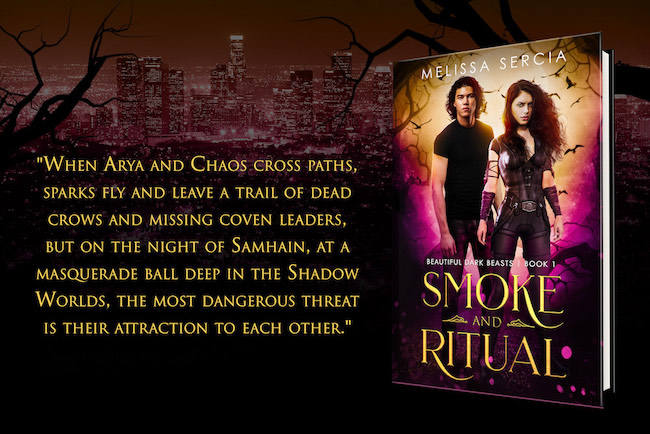 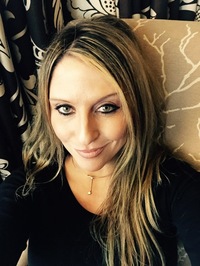 Melissa Sercia is an Urban Fantasy author with a passion for philosophy, mythology, and all things supernatural. She is the author of the Blood and Darkness and Beautiful Dark Beasts series’. Melissa lives in California with her man and her cat. When she’s not building dark fantasy worlds and slaying demons, you can find her in the kitchen cooking with a glass of wine in her hand.